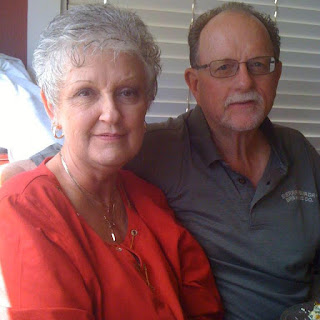 We are fortunate to have an opportunity to be a lot of teenager's first job. It's an honor. Young people learn how to interview, dress for work, interact with the public and co-workers. As I've said before, many of those kids shop in our store with their children now.  That sense of continuity and community is really something to be present for.

Local merchants have been doing this for, like, EVER. I was just talking to our retired Frito Lay driver, Kim Erb, and had no idea he had owned the Susanville A&W. The restaurant was built in 1961, purchased by Kim's parents in '65, Kim bought it from his dad in '72 and owned it until '88. My friend, Jim Chapman says when he was a kid if you could scrape together enough change to get an A&W root beer in a frosted mug that was the "holy grail of kid-dom". Kids would cruise Main, which only went from the Elks to A&W at that time, and A&W was the spot to meet. It was iconic.  The carhops even worked on roller skates originally! Too cool. 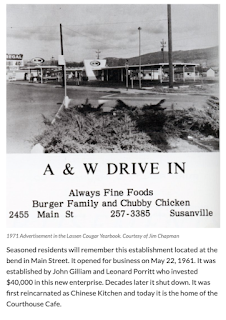 I can't imagine how many kids had their first job with the Erbs. When Kim sold the restaurant he went to work for Frito Lay and had a 25 year career as a driver. Hard worker. He shared that work ethic with an awful lot of young people, like Dana Hirsche, retired owner of Leslie's Jewelry~

"I was there after the roller skate era but I was a carhop. I worked there for 5 years! (1976-1981) Starting in high school and while I attended Lassen College. The Erb’s were the best bosses ever to put up with all us teenagers! We gave them a run for their money. I attribute my parents and the Erb’s for my strong work ethic. My lifelong girlfriends that I have now are because I worked there. Several years ago we talked about an A&W reunion and we made a list of people who worked there. The list was so long. They employed so many people over the years. It was a great first job." 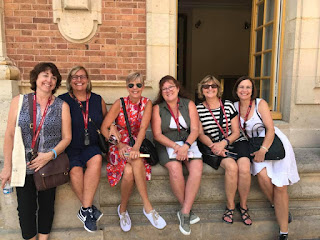 Both Dana and Kim continue to work hard to serve their community even in retirement. That kind of dedication never goes away.


Pretty nice to know you instilled a lifelong work ethic in someone. Thank you to the Erb family for teaching a whole lotta kids to be Hometown Proud.
at February 03, 2020

I probably should be writing about Valentine's Day or President's Day but a VERY important day for Susanville Market just passed and... 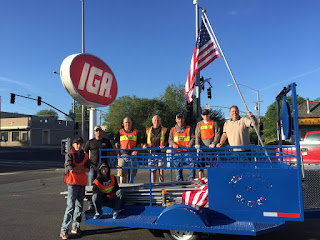